So, Uber has launched its driverless car service in Pittsburgh, under the ruse that it is a benefit to humanity.

According to Raffi Krikorian, Director of Uber Advanced Technologies Center (ATC) in Pittsburgh, “We think it can make transportation cheaper and more accessible for the vast majority of people.” 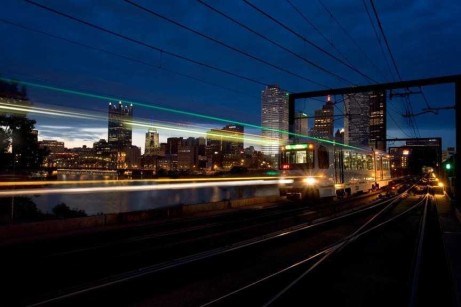 But what about rural areas, you ask, where there public transit is poor or nonexistent? Good point, but last time I checked, Pittsburgh is not a rural area. Presumably, the delusional Krikorian is talking about Pittsburgh, where Uber is testing this technology, not some hypothetical future service in Wyoming.

Pittsburgh already has public transportation. The Port Authority of Allegheny County operates more than 700 buses and more than 80 light rail vehicles in Pittsburgh and the surrounding area. I guess Uber finds this unimportant.

Every dollar spent on driverless cars ($300 million by Uber alone, according to this article) is a dollar not spent on improving the accessibility and reliability of public transportation. And yes, it is a zero-sum game, people.

As I have said before, this plunge into autonomous cars is ill-considered. But it’s the wave of the future! you say. Maybe it is for the Silicon Valley elites, but unlikely for the vast majority of people.

This is not making our lives better, folks. Someone needs to pull the plug.