About 15 years ago, I was in Reno on a business trip with a colleague. While we were waiting to meet with a client, we ate lunch in a hotel restaurant and had a brief conversation about the nature and value of work.

As we ate, a thin woman who may have been in her late 50s wandered through the dining area and repeatedly announced “Keno” in a high-pitched voice. She was wearing a uniform of some sort that identified her has an employee of the establishment. She gave off a vibe of tedium, which seems understandable if all she did for eight hours a day was solicit wagers on the Keno games inside a windowless hotel casino. (In case you’ve never been to Nevada, pretty much all hotels are casinos.) 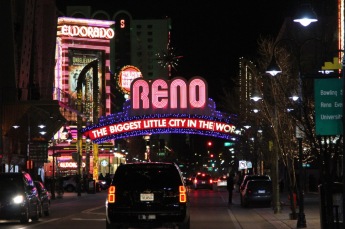 My colleague and I watched her come and go. After a while, my colleague looked at me and said, “Is that the kind of job that makes someone grateful to be employed?”

“No,” I said with a sad chuckle. “She actually seems rather pathetic.”

Up until recently, our current president was very proud of the number of people employed in the United States. Whether these statistics portray an accurate picture or not, there was a lot of verve in the economy before the coronavirus brought things to a screeching halt.

Since March, a lot of people have lost their jobs. Some of those job losses will be temporary, but many will likely be permanent. And it is worth asking whether those were jobs really worth having to start with. Perhaps there is something more than the job/no job binary.

There are many in this country who have a point of view that goes something like this:

This is a very simplistic perspective that ignores many realities of human interaction. Among them are the fact that employers take illegal (and sometimes immoral) advantage of their employees all the time, day in and day out. One has only to look at the number of lawsuits that employees or former employees have filed against companies to get a sense of the magnitude of the situation.

This also ignores the plight of the working poor, who are employed and yet still unable to afford basic necessities such as decent housing, food, and health care, and have no guarantee that things will improve. Also, freelancers, contract workers, and those stuck in the so-called gig economy have little reason to feel that they’re being paid fair compensation for their efforts.

The job vs. no job view of employment paints a flat picture. It disregards the idea that employment–serving a valued role in society–can be key to one’s sense of self-worth. Once, all employment, with the possible exception of royalty, served a purpose. Today, there are far too many “bullshit jobs.” Perhaps we will actually be better off if many of these just go away, to be replaced by truer, more worthwhile vocations.

This may sound unsympathetic, but I would question how much people really enjoy selling shit on Ebay day in and day out, or taking money from drivers while sitting all day in toll booths, or calling out the next round of Keno betting in a forgettable lunch cafe in Reno. I think there is a better way, and I think we can take some time during this moment in our history allow ourselves to consider the possibilities.

There is a perhaps unsolvable tension between the economic need of having the means to fulfill one’s basic needs and the psychological need for fulfillment and understanding. We’ve created a society where the two are often mutually exclusive. Perhaps we could do better.