In August 2019, my family visited Auckland, New Zealand. We took a direct flight from Chicago to Auckland. It was a long flight, a distance of about 7,123 nautical miles, but modern aircraft are amazingly comfortable. 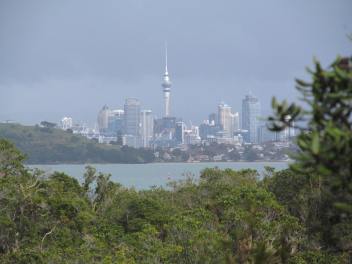 One thing about long distance flights is that, in order to navigate and reach your destination safely, the pilots and navigators of the aircraft must take into account the curvature of the Earth.

Just rolling out a flat-Earth map and charting a course won’t do. What looks like the shortest distance between two points is, in reality, not. To illustrate, using navigation that treats the Earth as a sphere (known as Great Circle Routes), the distance from Buenos Aires to Beijing is 10,433 nautical miles. If one were to take the route that appears as a straight line on a flat map, the distance is 10,730 nautical miles, or almost 300 nautical miles longer. [These data taken from here.] 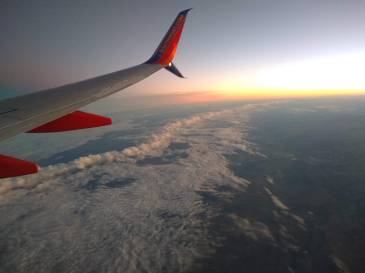 There are serious consequences to being off by 300 nautical miles. Fuel could run out, the plane could crash into mountains or the ocean.

In other words, if the pilot of our aircraft to Auckland believed and planned the route as if the Earth was flat, we likely would have crashed into the Pacific Ocean instead of arriving safely.

This is just one example of the real-world consequences, to yourself and others, of understanding what is true and verifiable fact. Sure, if you are someone spouting nonsense on the street corner about the Earth being flat, then there’s no real harm in that. If you pilot an international airliner, that’s another matter.

But for various reasons, lies have become accepted as modern currency, permeating politics and religion–where we expect to have a certain amount of everyday lying going on–but also spreading to the press, business, and health care.

And the weird thing is that many people are okay with this. They like the lies, perhaps because they are more attractive, more comforting, and feel more “right” than the actual, albeit inconvenient, truth.

And again, that’s fine when one is only putting oneself at risk. But to put others–dozens of others, scores of others–at risk is unethical and, I would argue, immoral.

Especially if the one producing the lies is doing it for their own personal financial or political gain or egotistical self-interest. Then the lies become fraud. No one likes a fraudster.